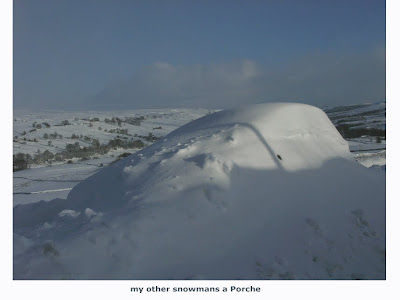 Sunday was the first day in 5 weeks that we haven't had to dig the car out of the snow. We have left the farm on several occasions but only for an hour or two at most and this meant a couple of hours of digging away the freshly ploughed snow that was banked up against the side of Mary's trusty little motor. I say 'we' but the truth is that Mary did nearly all the digging as I searched helplessly for my inhaler. As I often say to her " Its great to have a man around the place" , I then wait for the immanent clip across the lug hole.
My car, normally a lovely shade of Iron Oxide held together by baler twine is parked further down the road. It's been under a 5ft snow drift for weeks now and rather resembles a pregnant bride draped in satin. I have yet to convince Mary that it would be good exercise and a marvellous weight loss activity to sprinkle a confetti of salt and set too with her spade and dig my car out. Still i can't tell you how nice it is to be able to leave the close environs of the farm and make an impromptu visit to gather supplies and warm ones hands on someone Else's fire. There has been panic buying at the local, not so super market and my fear of having to make bread from the last remaining packet of 'Birds Angel Delight', wild bird seed and a tin of 'Marvel' have not been founded. The not so sweet Oranges, probably grown in a greenhouse in Kent have I'm happy to say reversed the signs of scurvy that affect all snow dogs in the Northern hinterland.
This is not to say that all the snow has gone. We still have a foot or so laying on the fields but the filthy grit strewn blacktop of our back road has never looked better to me. I would, like the Pope have got on my hands and knees and kissed the blessed frozen Tarmac had i not feared getting my lips stuck and the fact that i noticed in the Nick of time, the flattened corpses of two rabbits, their furry bodies and gnashing teeth grimacing up at me. Thank god our supplies held out or those two coney's may have been for the pot.
It never ceases to amaze me that while we have been stuck here at the farm with a dwindling cache of logs and coal, heating oil and on occasions, electricity, I could think of a hundred places that I'd like to be, even if only a mile away. Now that we can leave with ease and at will, i cant think of a single place I'd rather be.
Posted by rowneyart at 06:25 3 comments: 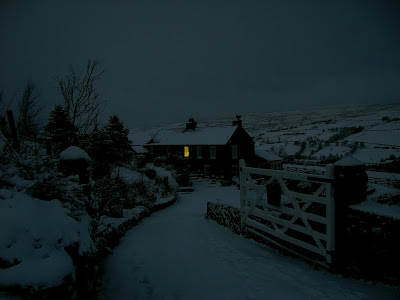 As the Winter nights grow cold, keep warm. Place your hand in your loved ones glove. Take the pot from the oven, wear your fathers jumper. Find a local pub and a hot flame and swig your Brandy. Think of roasting countries, islands, beaches sandy. Burn some money, ignite a spark, eat a curry and light a fart. Sleep tight, keep warm, breathe some steam, rub some balm. Snuggle under a lovers down, embrace her dreams, electrify a town. run a bath, walk on coals, dip your feet, scald your toes. Lick the chillies from fired bowls. Hug a bear, nustle in, climb the slopes to Etna's rim. Stoke a fire, drink a toddy, dance the Tango with sultry bodies. Toast Tobasco down in one. Resuscitate an ember, fill your lungs to boiling point, embrace a steamy vapor and if like us your wiring's old, burst the blistering thought that one day you'll be cold.
Posted by rowneyart at 10:33 1 comment: 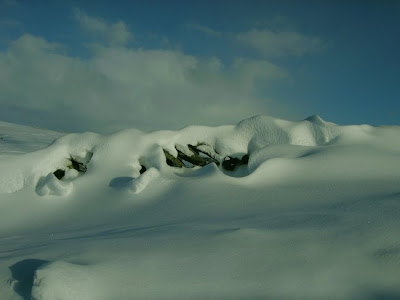 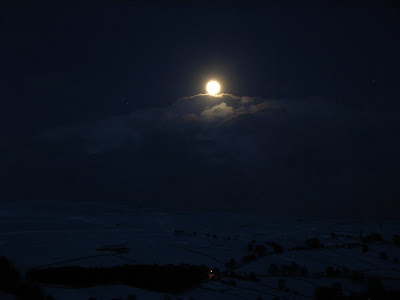